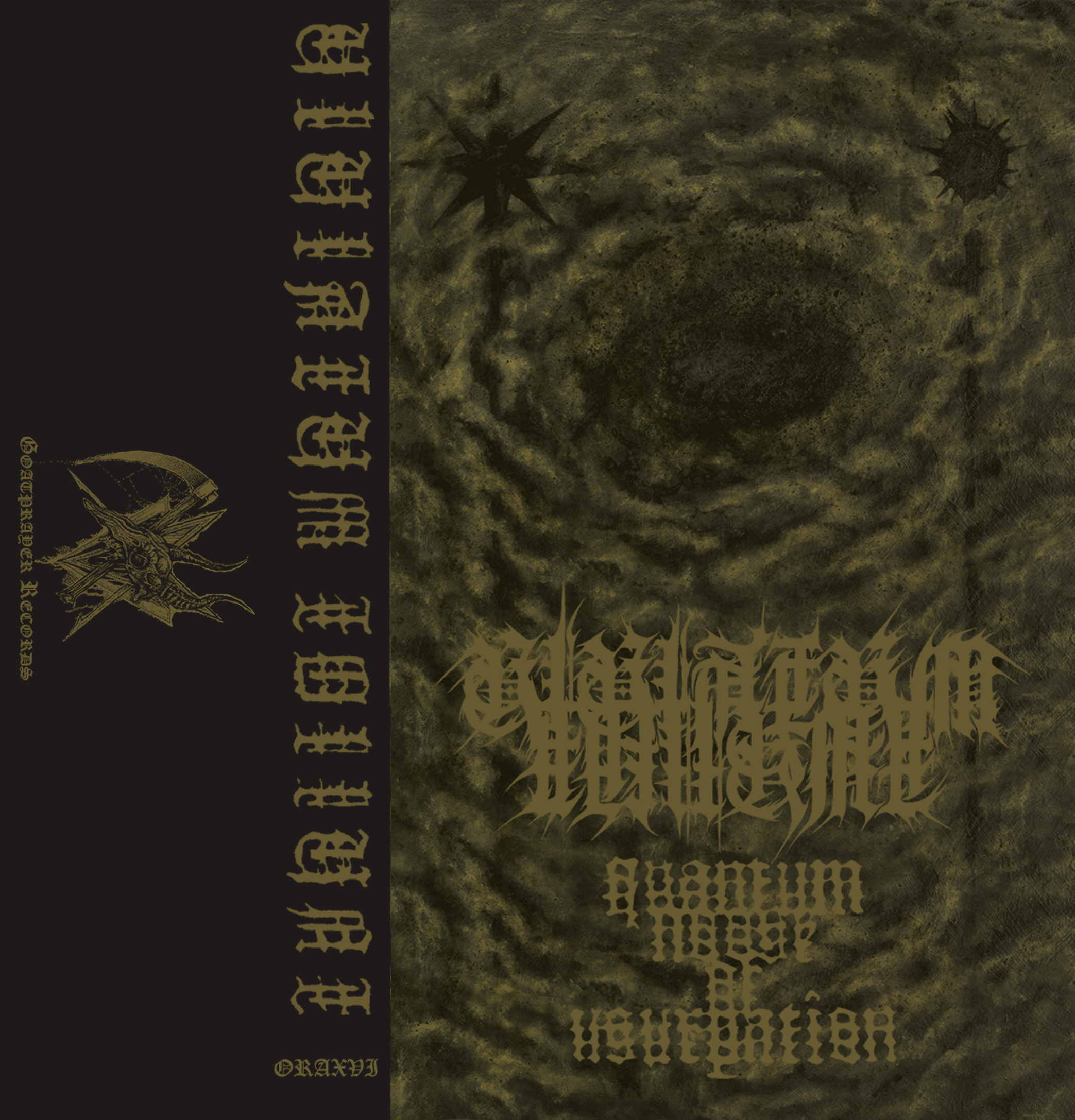 A relatively new entity formed in 2015 and hailing from various parts of the United States, ULULATUM TOLLUNT originally self-released an initial pressing of Quantum Noose of Usurpation, under a different title and in extremely limited quantities, but it exhibited a shockingly mature sound – and one so shockingly severe, leaving us with no other recourse but to unleash Quantum Noose of Usurpation upon the international metal underground.

The moniker of ULULALTUM TOLLUNT translates from Latin to “war cry,” which is fitting for the primeval power loosed by Quantum Noose of Usurpation: it is eldritch energy that elevates and destroys, wholly and austerely existing at the axis between chaos and order. Anchored by a hulking physicality and slimy density and freely moving between martial thrust and molten churn, the power-trio could be conveniently classed as “war metal,” but such an over-simplification does a disservice to the deeply metaphorical lyricism which informs the band’s entire aesthetic. The convolutions and evolutions of power, both in human and inhuman realms, and from the quantum to the worldly to the cosmic in scale – these are the scales of balance upon which ULULATUM TOLLUNT weigh. It is POWER, wielded and witnessed, forlorn and fearful.

The new cover art, executed by comrade J. Estes, vividly demonstrates ULULATUM TOLLUNT’s world-eating ways and some of the symbolism within Quantum Noose of Usurpation. There is a theory in physics that all is composed of a fabric woven of finite loops – our quantum nooses. An associated notion declares the multiplicity and cyclicality of universes, that all is created from destruction. The wormhole swallowing the cover depicts a fitting mechanism, a cosmic passageway wrought of a star’s aeonic demise, a portal of usurpation. At its side, the morningstars of fire and steel, of thought and brawn, are the armaments of such usurpations on a human scale. Like the record’s concept, ULULATUM TOLLUNT manifest both cyclicality and the forward march – both the overarching ebb-and-flow flux of power and its infinite meteoric advancements. There, the trio themselves bristle with both barbarity and esotericism, an unyielding staunchness met with perpetual transformation.

Indeed, ULULATUM TOLLUNT are just beginning, and Quantum Noose of Usurpation comprises 20 minutes of cosmic crush and primeval pulse. Their overwhelming enormity and in-the-red diabolism fondly recall that of pivotal INVICTUS cult DIOCLETIAN, but with a gnarled nous all their own. Rise by order of the triumph continuum!

Strictly limited to 100 copies on cassette via Goatprayer Records.

*PRE-ORDERS are now live and are being accepted via the our SHOP or BANDCAMP. Please note that records are due to arrive around 31st March.